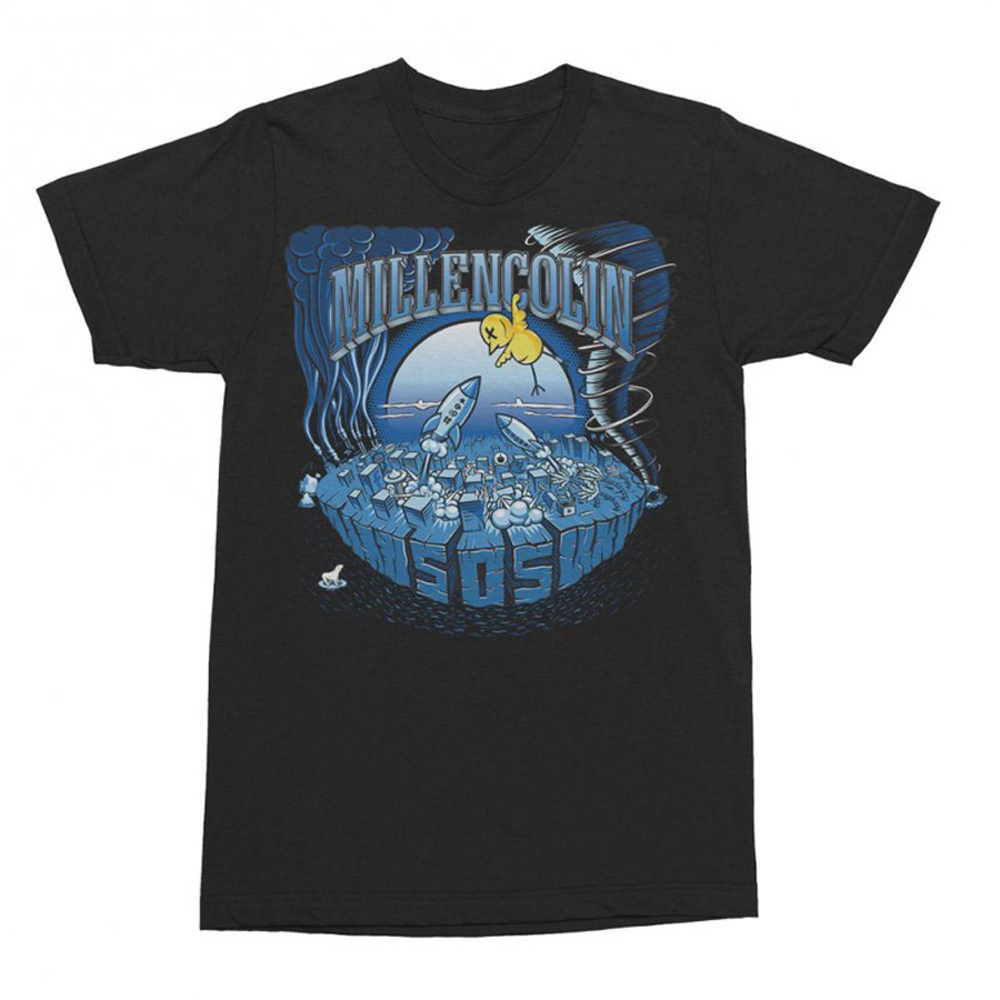 Scandinavian skatepunk unit Millencolin formed in Örebro, Sweden, in late 1992 with its members coming together from other area punk bands. Inspired by the Southern California hardcore sound of bands like Operation Ivy, the Descendents, and NOFX, vocalist/bassist Nikola Sarcevic and guitarists Erik Ohlsson and Mathias Färm formed the first incarnation of Millencolin (a variation on the skateboarding maneuver dubbed melancholy) as a Swedish-language group, but later began writing and singing in English. A ten-song demo, Goofy, was recorded in early 1993 with Färm on drums, but as the band needed two guitarists for their live show, he moved to guitar when permanent drummer Fredrik Larzon was soon added to cement their lineup. That summer, the guys recorded another demo, Melack, which was subsequently sent to local indie Burning Heart; the label quickly expressed interest in working with the band.

Millencolin issued two six-song EPs, Use Your Nose and Skauch, before their debut full-length appeared in August 1993 entitled Tiny Tunes. The album, recorded in only two weeks, was a hit in their native Sweden (entering at number four on the national charts), and extensive touring around Scandinavia followed throughout the next year. After their second LP, Life on a Plate, appeared in 1995, Millencolin hit Europe for the first time alongside California's Pennywise, and had signed with the American indie label Epitaph by the year's end. Epitaph reissued the album for U.S. distribution in March 1996; their sophomore effort, For Monkeys, followed in 1997, and a year later they returned with Same Old Tunes. The latter album was actually a re-release of their earlier record, Tiny Tunes; the songs were the same, but because the original album's artwork was a play off of the artwork for the cartoon series Looney Tunes, Burning Heart had been sued by Warner Bros. Consequently, the cover art was changed and the album retitled. A homemade video, Millencolin and the Hi-8 Adventures, was released in 1999, along with the singles collection The Melancholy Collection.

Millencolin's fourth LP, Pennybridge Pioneers (Pennybridge is Örebro translated directly into English), appeared in early 2000. Produced by Brett Gurewitz in Hollywood, it was their first album to be recorded outside their native Unisound Studios. Numerous shows and festivals were next played throughout the U.S., Europe, and Australia, including the Punk-o-Rama and Warped tours. The No Cigar EP was released in spring 2001. A summer tour was spent opening for the Offspring before the guys headed back to Sweden to record their next full-length. Home from Home was produced by Lou Giordano and released in early 2002. October marked Millencolin's tenth year together; they played a special show in Örebro to celebrate, as well as started an annual skateboard contest at their home park of Brädcentralen called the Millencolin Open. Sarcevic released the mellow, introspective solo effort Lock-Sport-Krock in 2004 before Millencolin issued their sixth album, Kingwood, in April 2005.