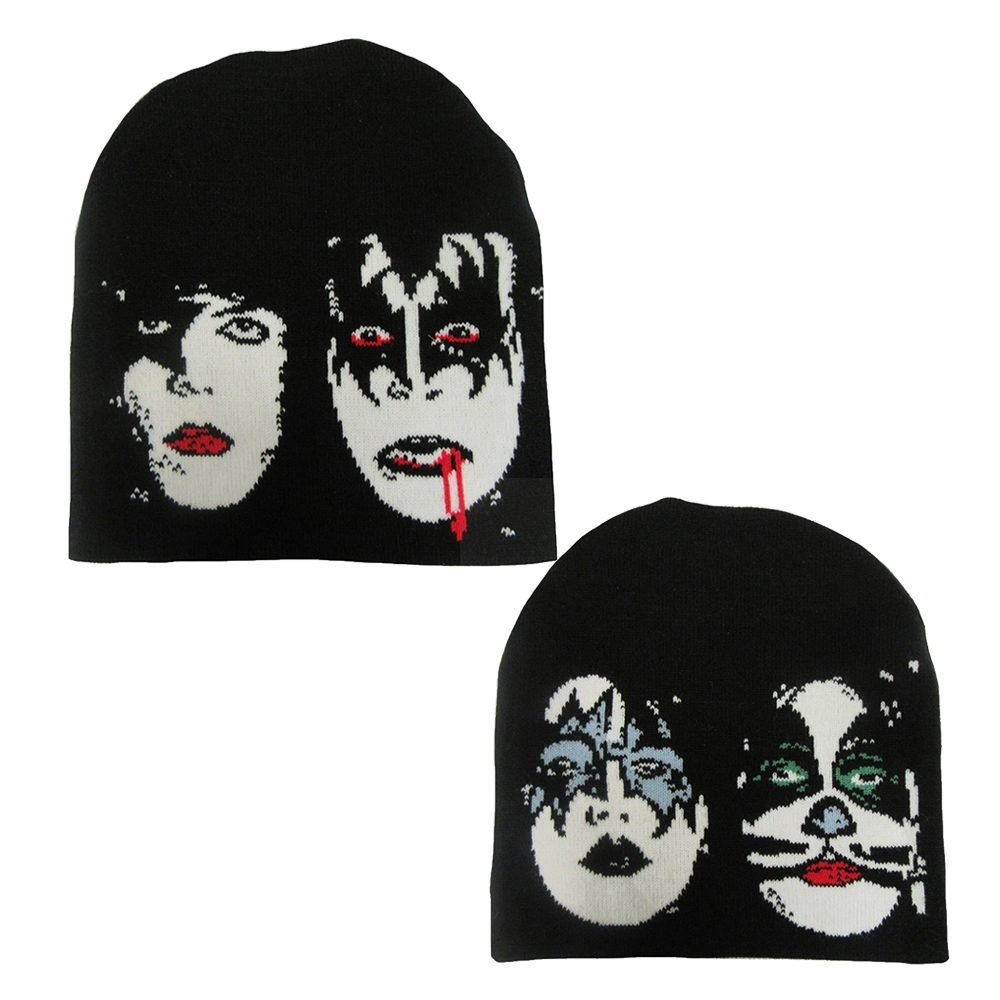 Kiss is an American rock band formed in New York City in 1973. Easily identified by their trademark face paint and stage outfits, the group rose to prominence in the mid-1970s on the basis of their elaborate live performances, which featured fire-breathing, blood spitting, smoking guitars, and pyrotechnics. Kiss has been awarded 24 gold albums to date. The group's worldwide sales exceed 300 million albums.

The original lineup of Paul Stanley (rhythm guitar and vocals), Gene Simmons (bass and vocals), Ace Frehley (lead guitar and vocals) and Peter Criss (drums and vocals) is the most successful and identifiable. With their makeup and costumes, they took on the personae of comic book-style characters: the Demon (Simmons), the Starchild (Stanley), the Spaceman (Frehley), and the Catman (Criss). The band explains that the fans were the ones who ultimately chose their makeup designs. The "Demon" makeup reflected Gene's cynicism and dark elements. Paul Stanley became the "Starchild" due to his tendency to be referred to as the "starry-eyed lover" and "hopeless romantic." Ace Frehley's "spaceman" makeup was a reflection of him always being "spaced-out," and supposedly being from another planet. Peter Criss' "Catman" makeup was in accordance with the belief that Peter had nine lives due to his rough childhood in Brooklyn, NY. Due to creative differences, both Criss and Frehley were out of the group by 1982. The band's commercial fortunes had also waned considerably by that point.

In 1983, Kiss abandoned their makeup and enjoyed a commercial resurgence throughout the rest of the decade. Buoyed by a wave of Kiss nostalgia in the 1990s, the band announced a reunion of the original lineup (with makeup) in 1996. The resulting Kiss Alive/Worldwide/Lost Cities/Reunion Tour was the top-grossing act of 1996. Criss and Frehley have since left Kiss again and have been replaced by Eric Singer and Tommy Thayer, respectively. The band continues to perform, while Stanley and Simmons have remained the only two constant members.